Appeal to Colleagues: “No war!” 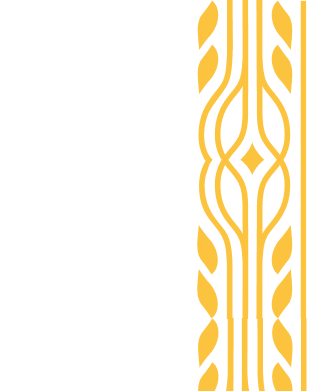 MARCH 9, 2022. APPEAL TO COLLEAGUES AT UNIVERSITIES OF THE RUSSIAN FEDERATION AND BELARUS BY THE UKRAINIAN ASSOCIATION FOR MANAGEMENT DEVELOPMENT AND BUSINESS EDUCATION

Teachers and scientists at all times, no matter what languages they speak, defended the principles of the enlightenment, the dissemination of advanced ideas, critical thinking as well as the improvement of the moral state of society. We are confident that each of you personally and the educational and scientific community of your country, in general, hold precisely these principles. Today, when the modern war against Ukraine is widely reported online, and you have access to multiple reliable world information sources, the termination of the war is also your responsibility and moral obligation.

We, scientific and pedagogical workers of higher education institutions in Kyiv, Kharkiv, Odesa, Chernihiv, Zhytomyr, Lviv and other cities across Ukraine appeal to you, our colleagues. With many of you, we are familiar personally as a result of participation in scientific conferences, through joint publications of articles, and through our joint research in many different years. We are people of one profession. We also educate students and conduct scientific research. We are people of one worldview – the worldview of the scientist, teacher.

We appeal to you in the hours and minutes when rockets and bombs destroy everything in our country. In hours and minutes, when the occupant’s multiple launch rocket systems shoot indiscriminately at students’ hostels, Universities, residential neighborhoods, hospitals and schools causing deaths of the innocent people of different nationalities.

Russia’s war against Ukraine has become an unprecedented violation of human rights, including the right to life, freedom of thought and beliefs. Even nuclear power plants are shelled! Methodically, city block after block are destroyed – Mariupol, Kharkiv, Sumy. Numerous villages have been now wiped off the face of the earth. We crave to ask – does the destruction of Ukrainians make you happier, richer? Because, namely, these are the objectives of a war.

And who will restore it all?

Exercised by the Russian Federation with the support of Belarus, the war of choice against Ukraine is a cynical crime of the XXI century, which takes place in the plain sight of the whole world. These actions of the Russian government deny and, indeed, erase the common past of our countries.

Your intellect allows you to estimate the current situation, analyze it and draw conclusions. Do you really think that some “military operation,” which is held in Ukraine, has nothing to do with you?

The consequences of the war will be felt not only in Ukraine but they are already obviously clear for your economy: the outflow of international companies, restrictions of foreign trade, effectively banning it, exclusion of Russian banks from SWIFT, closure of airspace, arrests of property abroad, Russian and Belarusian athletes barred from international competitions, cancelation of cooperation with European universities, the list goes on.

We appeal to you, our colleagues, to your conscience and mind to stop this war. Let us say together: “No war!”

You must understand that silence at this time is complicity and support for killings and destruction. Believe us, living every day under shelling and bombs is much more dangerous than expressing your views.

Do not allow your rulers to cover you and next generations of Russians and Belarusians with shame. Your children and grandchildren, your students, your future will not forgive the inaction. We are confident that no educated person can support the murders and the actual destruction of the people who once considered themselves brotherly.

We urge you to pressure the authorities of your countries to immediately stop all hostilities against Ukraine and put an end to the war in our land. We also ask you, the peoples of Russia and Belarus, to stop fulfilling the criminal orders of the Kremlin. Just do it, and the war will stop.

We know and are grateful to scientists and citizens of Russia and Belarus, who are ashamed of this attack and publicly condemn the war.

Also, the Ukrainian Association for Management Development and Business Education sincerely thanks all faculty and researchers, all colleagues and friends in the entire civilized world for supporting the principles of humanism, numerous manifestations of solidarity with the Ukrainian people, and real assistance offers.